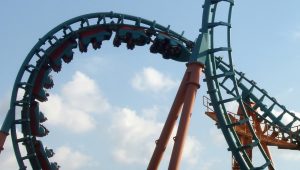 When people decide to get on one of the many rides that amusement parks, carnivals, and local fairs have to offer, their first thoughts are generally those of excitement and anticipation.  Even with movies like Final Destination 3, most thrill seekers do not consider the possibility that one of the rides can malfunction or result in some kind of freak accident.

The claim is that statistically, ride-related injuries and deaths are extremely rare, and that a person is more likely to get struck by lightning.  While statistics on ride-related accidents can often be hard to obtain, it seems as though this claim may have some merit.  The International Association of Amusement Parks and Attractions (IAAPA) have noted that the chance of a serious injury occurring on a ride at a U.S. fixed-site amusement park is about 1 in 16 million. Why then are people becoming more and more hesitant about allowing themselves or their loved ones to get onto a ride?

Over the past decade or so, the number of ride-related incidents has risen tremendously.  According to Amusement Safety Organization, there were over 1,500 significant injuries at amusement parks nationwide in 2014.  Around one-half of those that are injured by amusement park rides are children between the ages of ten and fourteen years old.  These incidents are not only restricted to temporary rides that are assembled at local fairs and shopping centers for a limited amount of time.  Many reported incidents have occurred at the larger, more well-known, fixed-site amusement parks such as Six Flags, Disney World and Disney Land, and Universal Studios.