Wal-Mart has over 290 locations just in Florida. Every year there are several cases brought against Florida Wal-Mart’s by customers who are injured while conducting business at the various locations. Wal-Mart has had to pay verdicts involving amounts in the several of thousands to several millions of dollars range due to their negligence in certain cases.

Wal-Mart, as does many businesses throughout the Florida and surrounding areas, invites the general public to come onto their properties lawfully for a multitude of reasons including browsing. Since Wal-Mart receives the benefit of their invitees on the property they have a legal duty to create and maintain a reasonably safe environment for all who enter the premises. Unfortunately, it is not uncommon for liquid substances to be left on the floor, shelves to protrude into walkways or fall because they are defective, for merchandise on the top shelf to topple onto someone passing by or for other accidents to occur regularly.

If you are injured at any business location and suffer personal injuries it is important to consult an attorney about the facts and details surrounding your accident. A Florida attorney can assist you in assessing whether the business breached its duty (or broke their obligation) to maintain the premises in a safe enough condition for you to lawfully enter onto and conduct business without being injured.

END_OF_DOCUMENT_TOKEN_TO_BE_REPLACED

Snap chat is the new social sharing phenomenon that people cannot seem to get enough of. With daily filters, geotags, interactive platforms and story sharing, Snap chats over 100 million daily users have little time to do anything else with their day then snap it, including drive.

Snap chat is most popular between people ages 14-21 but is widely used across many age groups, including new and experienced drivers while they are on the road. Cell phones are the cause of one of every four car accidents according to USA TODAY and in Miami, that percentage is on the rise. Miami is already one of the most dangerous cities to drive in. The city leads to over 5% of Florida’s total reported auto accidents which equate to over 200,000 accidents annually.

Car accidents cost the United States over $871 billion a year on average. With costs that high, it is not hard to understand why states and the federal government are working to make the roads safer. However, more and more distractions are introduced to the smartphone daily. Drivers are distracted by these distractions leading to increased car accidents.

END_OF_DOCUMENT_TOKEN_TO_BE_REPLACED

In Florida, an average of 42.7 per every 100,000 people are victims of an accidental fatality, a number that is constantly on the rise. Florida specifically created a Wrongful Death Act to protect the loved ones of those that who are killed due to another person’s negligence.

When is a Wrongful Death Claim applicable?

Florida Statutes §768.18 states that when a person’s death “is caused by the wrongful act, negligence, default, or breach of contract” of another person or some other entity, the estate of the deceased person may bring a civil lawsuit in Florida’s courts, seeking a legal remedy for that death and the losses stemming from it.

Am I eligible to sue for damages in a wrongful death claim?

I’m not the personal representative of my deceased loved one’s estate, am I still entitled to recover for damages?

END_OF_DOCUMENT_TOKEN_TO_BE_REPLACED 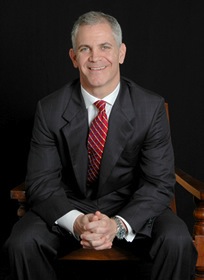 The efforts and diligence of the Friedland | Carmona have once again lead to a substantial settlement for their client. This time the accomplishment was against a medical transportation company and its insurance company. After extensive negotiation and right before the Plaintiff was ready to file a lawsuit, Jonathan Friedland and his team forced the insurance company tender the liability policy limits. This major settlement will allow the victim and her family to live comfortably for the remainder of her life.

In this case, an elderly woman fell from her wheelchair due to the negligence of a driver operating the van.  The wheelchair lift was supposed to allow the client to exit the vehicle in her wheelchair.  However, the lift was in a down position when the driver attempted to wheel the client out of the van. As a result of the accident, the victim sustained back injuries, a hemorrhagic concussion and subdural hematomas. Moreover, the victim continues to suffer neurological symptoms including headaches, blurred visions and altered mental status.

END_OF_DOCUMENT_TOKEN_TO_BE_REPLACED

A cruise vacation turned into a nightmare for a woman, whose identity is preferred to be disclosed because of nature of the circumstances, when a she was sexually assaulted in the ladies’ room of a Carnival Cruise Line ship.

The passenger alleges a lawsuit filed in federal court, that she was sexually assaulted by a rotund woman while using a ladies’ room on the vessel, and the ship’s staff did nothing to apprehend her attacker. The incident occurred when she needed to use the restroom during an evening at the piano lounge aboard Carnival Corporation’s M/S/ Carnival Magic in early May 2014.

END_OF_DOCUMENT_TOKEN_TO_BE_REPLACED

Cellphones have evolved to the point that they have become the most essential item in our lives. Basically, our entire social, economic and daily lives are in it. Moreover, everyday a new app is created increasing the amount of notifications we receive on a daily basis. Whether it’s a buzz, a vibration or a flashing light, just receiving a notification on your cell phone can cause enough of a distraction to impair your ability to focus on a given task, according to a new Florida State University study.

The study, “The Attentional Cost of Receiving a Cell Notification,” was published in the Journal of Experimental Psychology: Human Perception and Performance. Psychology doctoral student Cary Stothart is the lead author of the study, and his co-authors are former FSU postdoctoral researcher Ainsley Mitchum and Yehnert. This is the first study to examine the effect of cell phone notifications on performance. END_OF_DOCUMENT_TOKEN_TO_BE_REPLACED

July is one of the most preferred months for cruising the Caribbean, as the prices are surprisingly low, the traffic has thinned out and the islands are peaceful. These might have been the reasons for which 4,454 passengers decided to aboard Royal Caribbean’s “Freedom of the Seas”. Little that they know that a fire was going to break out.

The fire started in a mechanical area on the 9-year-old ship around 9:15 a.m. as the vessel was pulling into Falmouth, Jamaica. Freedom of the Seas left Cape Canaveral on Sunday with 4,454 passengers and 1,428 crew on board. No passengers were reported hurt, but one crew member suffered first-degree burns. All systems on the ship were functioning, according to a spokeswoman.

Fire suppression systems were “immediately activated,” according to a statement from the Miami-based cruise line, and extinguished the blaze within an hour and a half. An investigation into the cause of the fire is ongoing. Guests were sent to their assembly stations “in an abundance of caution,” the statement said. Some passengers tweeted pictures of crowds packed together, many wearing orange life vests, and photos from Falmouth showed smoke billowing from the top of the vessel. Passengers were allowed to disembark in Falmouth around 1 p.m. Read more here.

END_OF_DOCUMENT_TOKEN_TO_BE_REPLACED

March 18, 2012 was one of the worst days of Michael DeMella’s life. That day, he lost his wife, Alanna DeMella, who was seven months pregnant with their first son, when Rosa Rivera Kim traveled off of the road and into the hotel’s poolside cabana occupied by Alanna at the Riverside Hotel in Fort Lauderdale.

Now, after more than three years fighting this case, DeMella finally can get closure. Last week, a Broward Circuit Court returned a verdict of $24 million and assigned 15% responsibility against the Riverside Hotel and 85% to the Rosa Rivera Kim following a six day trial. The net verdict against the hotel is approximately $3.6 million.

According to court documents, Michael and Alanna Demella were in Fort Lauderdale for a two-day marriage conference at Calvary Chapel Fort Lauderdale, after they won the trip from home church in Woburn, Massachusetts. The couple checked into the Riverside Hotel and went to the pool. They had stepped into the cabana restroom moments before the incident. The driver of the vehicle, Rosa Rivera Kim, was later arrested and in January 2015 was convicted and sentenced to 15 years in prison on two counts of DUI Manslaughter, after it was determined that her blood alcohol level was .24 – 3 times the legal limit.

Michael Demella filed suit against the Riverside Hotel, claiming that the hotel was negligent in failing to maintain its property in a reasonably safe condition by protecting its guest from the known danger that speeding and distracted drivers posed to hotel guests.

“Nothing can be done to bring Alanna back or replace what I’ve lost. I can only seek justice in the criminal and civil courts. And I feel that our legal system didn’t let me down,” Demella said.

END_OF_DOCUMENT_TOKEN_TO_BE_REPLACED

In its ruling of May 28, 2015, the Florida Supreme Court partially uphold the Fifth District Court of Appeals’ holding that the University of Central Florida Athletics Association (UCFAA) is entitled to limited sovereign immunity under Fla. Stat. 768.28. However, the court quashed the statement of the Fifth District Court of Appeals reducing the award to $200,000.00 and rather limited UCFAA’s liability for payment to $200,000.00.

Back in 2008, Ereck Plancher, a UCF football player, collapsed and tragically died during football practice conditioning drills due to complications of a sickle-cell condition. After his death, Ereck’s parents (the Planchers) filed a negligence action against UCF and UCFAA. The Trial Court The trial court denied UCFAA’s motion for summary judgment, which had argued that UCFAA is entitled to limited sovereign immunity under section 768.28 of the Florida Statutes (2008). The trial court ruled “that the undisputed evidence demonstrated that UCFAA had not been substantially controlled by UCF in either day-to-day decisions or major programmatic decisions.” Subsequently, the jury found UCFAA liable and awarded the Planchers damages in the amount of $10 million.  On appeal, the Fifth District Court of Appeals reversed the trial court’s judgment holding that UCFAA is entitled to limited sovereign immunity and reduced the jury award to $200,000.00. The whole opinion can be found here.