Jonathan Friedland and his team recently won a large settlement for a case regarding medical negligence. Although Covid-19 has changed the methods in which Friedland | Carmona can represent their clients, it has not stood in the way of Jonathan Friedland’s ability to protect the rights of his clients. 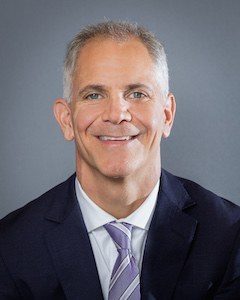 A sixty-year-old client was sent home with severe back pain after doctors concluded his condition was non-life-threatening. It was determined by the doctors and the clinic that his injury only required medication and follow-up after imaging tests were performed. Unfortunately, the severe back pain pursued, and he wound up in the emergency room. In the emergency room doctors discovered a tumor on the client’s spine and rushed into emergency surgery. After surgery, the client woke up to learn he was paralyzed from the waist down.

Jonathan Friedland brought suit on behalf of his client against the medical clinic, primary doctor and radiologist who all contributed to the medical negligence which led to this unfortunate. consequence. With negotiation expertise, legal skill and a passion to fight for those who deserve justice, Friedland | Carmona won a sizable settlement for their client. With the settlement, the client will receive medical care and treatment as well as appropriate nursing care for the remainder of his life.

END_OF_DOCUMENT_TOKEN_TO_BE_REPLACED

Purchasing groceries from a super market comes with the an unspoken trust. We expect that the grocery store has taken proper care of the food throughout the distribution and transportation process, as has stored the food at a safe temperature inside the super market.

As a recent Pinellas Circuit Court filing reminds us, super markets are required to do much more than simply keep our food safe; they must also maintain a safe environment for all of the patrons on the premises.

Just last month, a Winn-Dixie in Miami Lakes was forced to pay more than $4.8 Million for pain, suffering, and future medical expenses to a patron that slipped and fell on an unidentified puddle of water.

END_OF_DOCUMENT_TOKEN_TO_BE_REPLACED

You’re finally going on the family vacation of your dreams, a 7-night cruise throughout the Bahamas, but the excitement is cut short when a family member slips and falls while onboard.

So, what exactly can you do?

In 2016, the United States cruise industry had a $126 billion worldwide economic impact. The Cruise Lines International Association reports that 24.7 million passengers sailed the seas in 2016, and an estimated 27.2 million are expected to cruise before the end of 2018. While cruising provides a unique opportunity to see more than one geographical location within a short period of time, this luxury does not come without risk. Amidst the glamour and festivities is a masked truth that all passengers are still aboard a moving vessel weighing hundred of thousands of tons. Passengers, however, are not the only class of persons who may receive monetary damages from a cruise line if injured on board.

END_OF_DOCUMENT_TOKEN_TO_BE_REPLACED

If you or anyone you know has been injured due to someone else’s negligence, you know that no amount of money can completely make up for the trauma and injuries you have sustained. However, a personal injury suit may be the only recovery available.

Personal injury suits provide plaintiffs who have been injured the opportunity to recover damages and help pay for expenses that were incurred as a result of their injuries, such as those for medical services. However, medical billing is not as straightforward as charging a patient for services rendered. Combine this with the presence of different health care systems and insurance companies, and it makes for a complex billing process and an even more complex recovery process.

In order to recover for past medical expenses, the injured party must present evidence to prove that the medical expenses incurred were both “reasonable” and “necessary.” Although it seems simple enough, compensation for medical services has actually become a major issue of contention in personal injury cases over the years; defining “reasonableness” and determining the “reasonableness” of medical services and expenses incurred can be controversial and confusing.

END_OF_DOCUMENT_TOKEN_TO_BE_REPLACED

When people decide to get on one of the many rides that amusement parks, carnivals, and local fairs have to offer, their first thoughts are generally those of excitement and anticipation.  Even with movies like Final Destination 3, most thrill seekers do not consider the possibility that one of the rides can malfunction or result in some kind of freak accident.

The claim is that statistically, ride-related injuries and deaths are extremely rare, and that a person is more likely to get struck by lightning.  While statistics on ride-related accidents can often be hard to obtain, it seems as though this claim may have some merit.  The International Association of Amusement Parks and Attractions (IAAPA) have noted that the chance of a serious injury occurring on a ride at a U.S. fixed-site amusement park is about 1 in 16 million. Why then are people becoming more and more hesitant about allowing themselves or their loved ones to get onto a ride?

Over the past decade or so, the number of ride-related incidents has risen tremendously.  According to Amusement Safety Organization, there were over 1,500 significant injuries at amusement parks nationwide in 2014.  Around one-half of those that are injured by amusement park rides are children between the ages of ten and fourteen years old.  These incidents are not only restricted to temporary rides that are assembled at local fairs and shopping centers for a limited amount of time.  Many reported incidents have occurred at the larger, more well-known, fixed-site amusement parks such as Six Flags, Disney World and Disney Land, and Universal Studios.

END_OF_DOCUMENT_TOKEN_TO_BE_REPLACED

Traffic deaths are on the rise and for the first time in a decade, car accident fatalities in the United States have exceeded 40,000 in a year.  The most  obvious culprits are drivers who are text while behind the wheel, and according to the Federal Communications Commission at any given point during daylight hours around 660,000 drivers are using their cell phones. In 2014 alone, 3,179 people in the United States were killed in an crash that involved a distracted driver and nearly about 431,000 were injured, making up nearly 20% of all crashes that year.

The increased use of cellphones has contributed to the increase in distracted driving collisions and lawmakers around the country have responded with various bans and restrictions. There are 14 states that currently ban handheld cellular devices, 37 states that ban cell phone use for teen and novice drivers, and 46 states ban text messaging for drivers. END_OF_DOCUMENT_TOKEN_TO_BE_REPLACED

According to the U.S. Center for Disease Control, sports are second only to motor vehicle crashes as the leading cause of concussions for people between 15 and 24 years old, and the number of concussions is on the rise. Parents, schools,  day care centers, and sports coaches better understanding the serious long term risks that come with brain injuries and being more likely to seek medical attention after head injuries. To avoid injuries, adults can not just pa attention to what happens on a sports field, but also keep children from getting hurt in backyards, on playgrounds, in parks and at school.

Recognizing the dangers and the signs of serious brain injuries is important. While head injuries are common and usually minor, some children– including those that appear to be well immediately after the head trauma actually have more severe injuries. These children are at risk for their condition to deteriorate or also suffer significant chronic complications that stem from that injury. In fact, despite better initial recognition of brain injuries, many adults underestimate how much recovery time is necessary after a suspected concussion, or the children themselves say they feel fine and ask to return to normal activities.

END_OF_DOCUMENT_TOKEN_TO_BE_REPLACED

Many of us have great memories of amusement parks from our childhood. Family trips to amusement and water parks are a favorite American summer past time. The rides and attractions provide thrilling experiences that we can share with friends and family. Most of us will never have the chance to live out the adventures amusement rides and attractions offer us like enter a cartoon universe, fly to the moon, drive a race car, explore a haunted mansion, experience zero-gravity or spin around in teacups.

Unfortunately, while we trust amusement park operators to create these experiences for us in a safe environment , sometimes they fail.

END_OF_DOCUMENT_TOKEN_TO_BE_REPLACED

Miami-Dade County has been rated one of the fastest growing markets for construction  for several years now, largely due to the building boom in Downtown Miami and Brickell. While this is great for the local economy there are also some risks. Recently an elevated construction boom struck a Metromover rail car in Downtown Miami, killing a construction worker and injuring another. Luckily, no passengers were on the Metromover at the time because it was late and the car was doing a maintenance run.

While that fatal collision was preventable it is unfortunately not uncommon, particularly in cities with a lot of ongoing construction. The Occupational Safety and Health Administration (OSHA) reports that there are over 4500 workplace fatalities each year; nearly all of them preventable. In fact, OSHA estimates about 150 worker deaths per day, meaning by the time you finish reading this article, someone will have lost their life at work. An even greater number of people are seriously injured at work, resulting in over a million incidents every year serious enough to require time away from work to recover.

END_OF_DOCUMENT_TOKEN_TO_BE_REPLACED

Miami and the surrounding areas are known as very active flourishing communities in many ways. One thing all of these areas have in common are avid bike riders. Many members of the community choose biking as their favorite past time, a more efficient form of transportation, or a way to preserve the environment. This all sounds like a great trait for a community until you look at the number of bicycle riders injured or killed yearly in the Miami-Dade and surrounding areas due to negligent drivers.

It is important to note that bicyclist have many responsibilities when riding on public roads, however if you are injured in a bicycle accident or hit by a motorist your injuries you may have a claim for damages from the party that injured you. These tragic accidents can result in a daily struggle to recover. Sadly, many times these accidents are fatal and the families of the riders must move forward without their loved one and manage the loss of income, support, and services the family member was previously capable of providing to the household.

If you or a loved one is involved in an accident involving a bicycle it is important to contact an experienced bicycle injury attorney as soon as possible. Your attorney will be able to evaluate the liability among all of the parties and guide you to the solution that will result in the greatest remedy for your situation. A family member that becomes disabled or injured will never be replaced with any monetary award however, these remedies will help in the transition for the rest of the family in managing their new daily way of living.