You’re finally going on the family vacation of your dreams, a 7-night cruise throughout the Bahamas, but the excitement is cut short when a family member slips and falls while onboard.

So, what exactly can you do?

In 2016, the United States cruise industry had a $126 billion worldwide economic impact. The Cruise Lines International Association reports that 24.7 million passengers sailed the seas in 2016, and an estimated 27.2 million are expected to cruise before the end of 2018. While cruising provides a unique opportunity to see more than one geographical location within a short period of time, this luxury does not come without risk. Amidst the glamour and festivities is a masked truth that all passengers are still aboard a moving vessel weighing hundred of thousands of tons. Passengers, however, are not the only class of persons who may receive monetary damages from a cruise line if injured on board.

END_OF_DOCUMENT_TOKEN_TO_BE_REPLACED 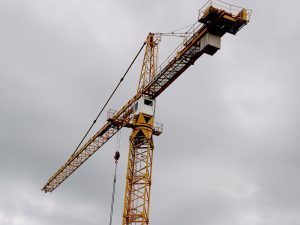 If you are a South Florida resident, particularly of Miami, you are well aware of the city’s on-going, and seemingly never-ending, construction.  In fact, construction all over the United States has been booming for the past several years, and 2017 is no exception. While cities like New York and Chicago have maintained their long-standing reputation as construction capitals, San Francisco, Los Angeles, and Seattle, are just recently joining the ranks.  Although the increase in construction across the U.S. means more jobs and well-developed cityscapes, unfortunately it also means a higher chance of construction-related accidents and injuries.

Common construction-related accidents involve falls, being struck by an object, electrocutions, and being caught in between equipment.  The construction industry experienced its biggest loss in 2015 as fatal construction injuries rose by 2 % since 2008.  The number continues to rise each year.