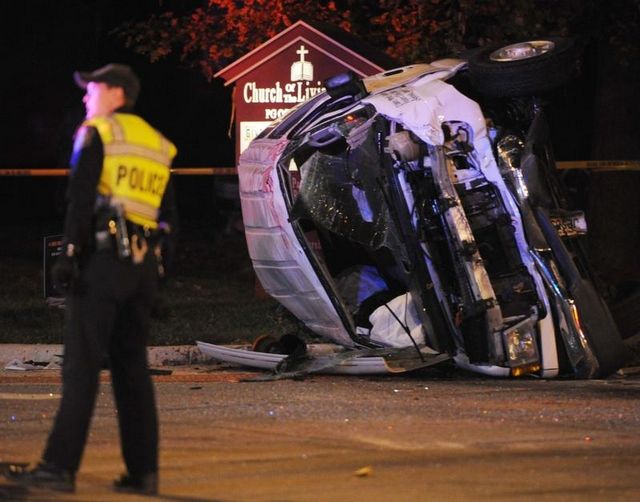 A twenty-six-year-old Indianapolis man was arrested last Sunday after he allegedly caused an accident with a church van, killing its driver and injuring a number of passengers. Police stated last Monday that Brandon D. Collins was in custody in the Marion County Jail on preliminary charges of failing to stop after an accident causing death or injury and operating a motor vehicle while under the influence causing death or injury. As of last Monday, it was unknown whether Collins had an attorney.

According to authorities, Collins failed to stop at a red light at an intersection on Indianapolis’ east side last Sunday evening and he slammed into a van with eighteen people on board. The van was on its way back to the Jesus House of Prayer Temple when it was hit. Police said the van had the right of way to proceed through the intersection when the accident occurred. Witness communicated to police that the van had the green light, while the driver of the other car “disregarded the traffic signal and hit the van.” After the accident, the driver ran from the scene, but was captured by authorities shortly thereafter. Edward Sadler, the fifty-one-year-old driver of the van was killed. Twelve passengers sustained varying degrees of injuries, including a seven-year-old girl who sustained a broken leg. This was the second fatal crash involving a church vehicle in Indianapolis in just over three months.

The failure to obey a traffic signal can lead to deadly consequences, as it unfortunately did in this situation. Intersections are often some of the scariest places on the roadways. Drivers may misestimate how much room they have to cross the road or are unable to see oncoming vehicles and this can lead to devastating collisions that cause serious injuries or even death. Additionally, drivers may be under the influence of drugs or alcohol or may lose control of their automobiles due to excessive speed or mechanical defect. In an accident like the one here, no matter what the cause is, the families and friends of those involved in the crash will never be the same again. The Broward automobile accident attorneys at the Friedland | Carmona have spent over two decades working with victims of car accidents who have sustained serious injuries. The Coral Gables insurance litigation attorneys have experience helping their clients recover compensation for their injuries, pain and suffering, and lost wages. If you have suffered injuries or your loved one has died in a motor vehicle accident, call (305) 661-2008 today for your free consultation.